Dames Like Her & the men who believe in them.

You know, guys can be a real pain in the ass. Their misogyny can and has ruined many of our jobs and even our lives. Especially those of us who grew up in the 40's, 50's & 60's.

Film producer, award-winning photographer and photo journalist Sam Shaw once left a message on my phone after finally reading a screenplay of mine that I had been hounding him about for months. I pressed the button on my answering machine and this is what I heard.

"Fran? Sam. You're a fucking genius."

The call came at a time when I was nearing 50 and had sunk $20,000 into making my first film (that could have been the down payment on my first house) and was unsure of whether I was crazy for even thinking I could call myself a filmmaker when I knew of only a handful of successful women directors.

It came as I was beginning to make the rounds of festivals with my first film, Sullivan's Last Call, and discovered that these trips to Sundance and Chicago and Los Angeles would basically be me and a hundred million 22 year old kids who were also making their first film. I felt like the den mother at a old boy scout convention.

It turned out to be a seven year full-tilt commitment to producing and directing my first feature film, Pardon My French, an unusual screenplay I had written about love, death and my salty mother that would garner kudos from major studios and the commitment of Ben Gazzara and Gena Rowlands but would, sadly, never find the funding it needed to get made.

But having the unwavering support of Sam Shaw, and another unrelentingly supportive gent, the fearless Boston College film professor and author, Ray Carney - having their belief in me and what I was trying to do with my filmmaking has become, all these years later, what I most cherish.

Now, my career may be very different from yours in content, but I ask you to look back into your history and a man who may have been your Sam. Or your Ray. It's easy for us to focus on the blowhards out there who tried their damndest to crush our spirit, but there are MANY men who wanted the best for us ... who were they for you?

Just CLICK comment below and tell us your story. Take as long as you want. Lord knows, we've got the time.

Want to keep up?

Hilarious and fearless, "Dames Like Her Are Always Up Late" goes straight for the funny in its mission to politely demolish long-held stereotypes of women "of a certain age". Like the groundbreaking Vagina Monologues but less vagina, more laughs.

Audiences are welcomed by Sofia, an Argentinian bikini-waxer who is the take-no-prisoners proprietress of Salon de Sofia, a tiny salon spa. Rizzo then moves from wig to wig transforming herself into a series of beauty technicians and their diverse clientele, mature women with surprising pasts, sturdy opinions and enduring passions.

Outrageously honest as it is funny, the play is geared to the baby-boomer generation and touches on some taboo hotspots, sexual and otherwise, blowing the lid off what is really said in the company of dames.

"The writing is just brilliant and her performance is impeccable." Libby Reid, Our Town (Men, bring your defibrillators and women, bring Depends.) 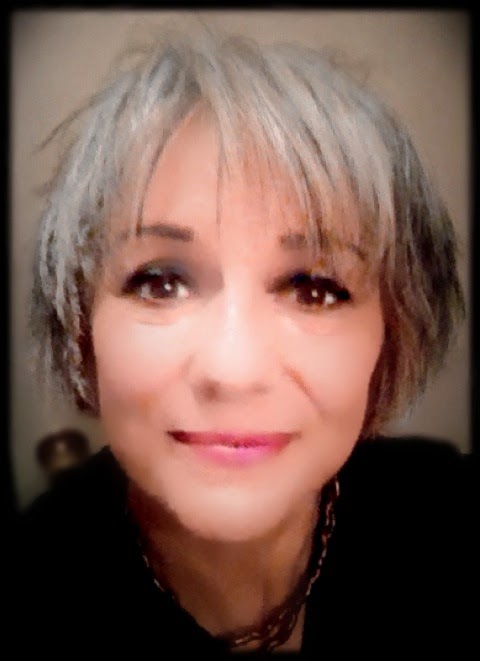 Perfect Women's Night Out! Francesca Rizzo's ability to quickly switch characters in this wonderful show is amazing. I went with 4 good friends and we can't wait to see her again. Don't miss it!


Laughed my head off -- This must of been what it was like when Judy Holiday performed at the Village Vanguard and later Lily Tomlin at the Blue Angel. Bravo ! It wigged me out.


Francesca Rizzo's (Never Underestimate ) Dames Like Her" was funny from beginning to end showcasing Francesca's wonderful acting ability and laugh until your sides hurt dialogue. This show is a winner, go and enjoy it.


Laughter and insights - you don't just see them, you feel them. Francesca becomes her wonderful ensemble of characters with such comfort and warmth that, no matter how outrageous their edge or OMG moments you encounter.....you really like them because deep down Francesca likes them, too.

It is truly laugh out loud funny -- usually for its cleverness, surprise and insight, but never the result of cheap vulgarity. There are any number of times when the women laugh a lot louder than we men do .... which reminds us that great humor has a foundation of great truths.

This is not stand-up..... this is good writing and any of these characters could have stepped out of a play or novel. Rizzo seems as much in command of fine character driven writing as she is in portraying the characters themselves.


A wonderfully fun peek into the lives of women, I loved this rare chance to be a 'fly on the wall. Ms. Rizzo truly pays tribute to them, and she treats them - for all their quirkiness - with respect and love. The result is both comical and heartwarming: a funny comedy aimed at our adult sensibilities.


Laughing till it hurts. I saw "Dames Like Her," Francesca Rizzo’s hilarious solo show twice! Ms. Rizzo’s characters are memorable. She owned the sold-out crowd. The woman next to me laughed so hard she dumped a glass of red wine on my pants. Usually, when I leave a good show one or two characters bounce around my mind. After this show several characters stayed in my head leaving me laughing out of context for the next week. Don’t miss this show. Ms. Rizzo is a gifted & funny actress.


Dynamite fun for those of us at "a certain age" and beyond! Kudos to Ms Rizzo for a superb performance."


It was funny and brilliantly written!


She was excellent, and had the audience in stitches in recognition of the characters she played, and even the men laughed! I'd be willing to see the show again if at all possible.


I had a great time...I laughed the whole night!

Francesca was hilarious! It was a fun nite out!


Francesca was a hoot!